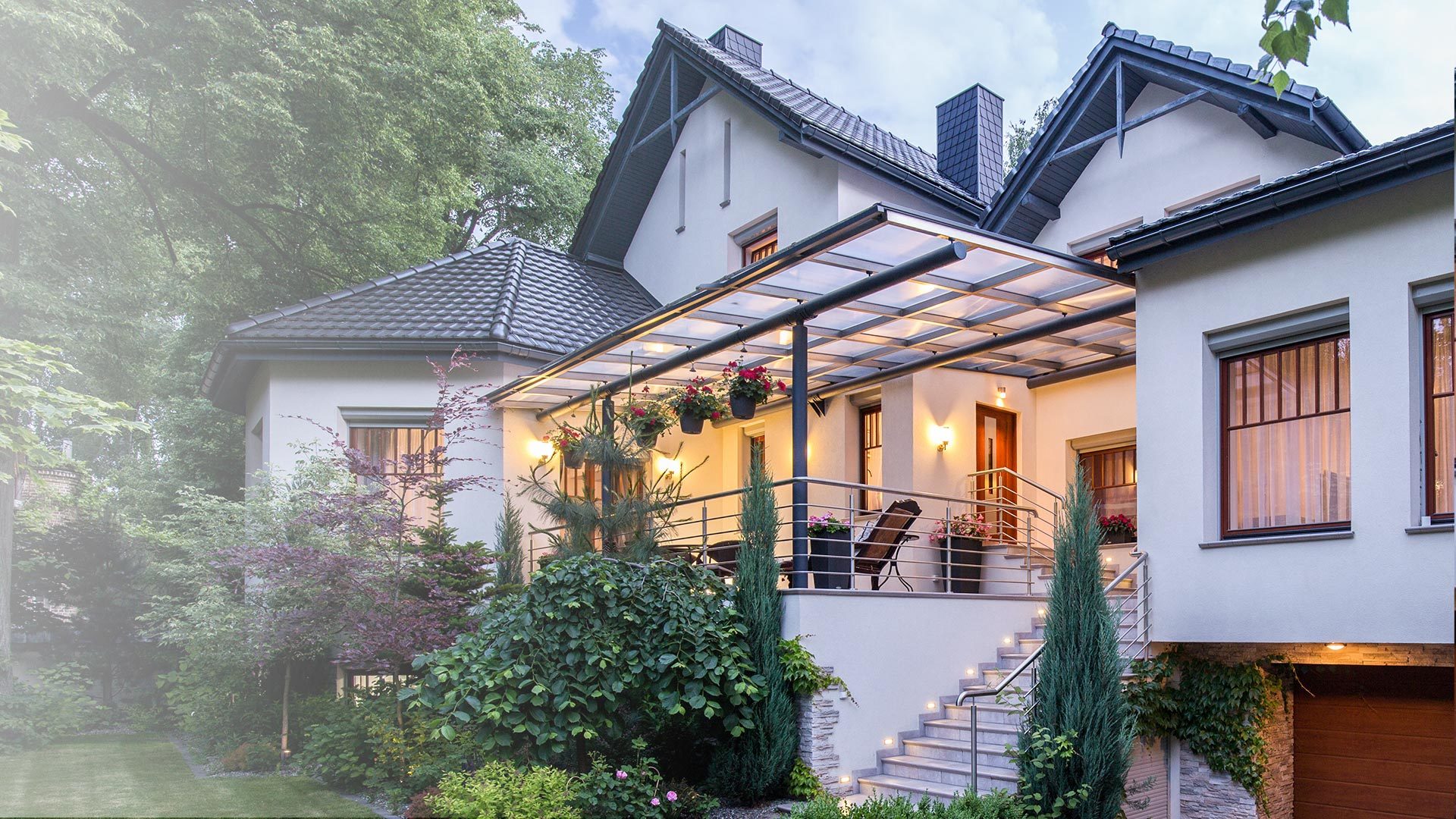 At Energy Star Electric LLC, we have over 20 years of experience in the electrical industry under our belts. Our expertise ranges in everything from electrical repairs and emergencies to new circuit and lighting installations.

We pride ourselves on being able to take on a wide range of electrical remodel projects with the same high standard of quality for each individual case. We are committed to excellence and customer satisfaction.

Our electrician team is dedicated to being there on time and handling your electrical needs with efficiency so that you can continue with your day-to-day and no hiccups in your system.

If you need service in Central Indiana, contact (317) 701-1453 or (317) 701-1429 for professional assistance you can rely on. We look forward to building a strong, long-term relationship with you and guarantee your satisfaction, no matter the project! 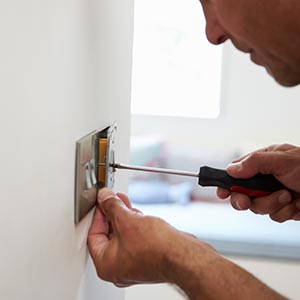 When an outlet isn't working or your breaker is down, it can throw a wrench in your daily experience. No one wants to deal with a malfunctioning electrical system, and it can be a considerable task to handle on your own. That's why Energy Star Electric LLC is on call at (317) 701-1453 or (317) 701-1429. When you call us for your electrical repairs, we'll send out our team as soon as possible to drop by your property and handle the necessary maintenance and reconfiguration efficiently. From handling bathroom fan repair services to inspecting circuits in your hot tubs or your outlets, we are equipped to handle any troubleshooting task--big or small! 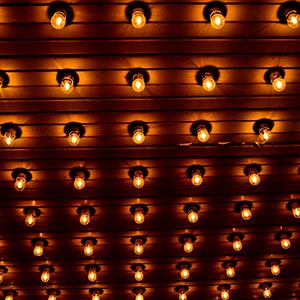 With any property comes the need for lighting and smart electrical design. Our team of specialists can help install interior and outdoor lighting according to your preferences and advise you of what bulbs may be best for each. From landscape lighting to the lamps in your ceiling, we promise the same high quality of work for each type of project. When it comes to our wide range of expertise in lamps, bulbs, and the wiring for a light switch system, our work speaks for itself. Contact us in the Greenfield, IN area today for anything you may need in security lighting and more! 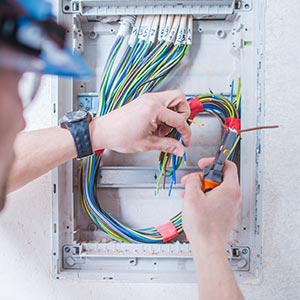 Renovations in your home often go beyond sprucing up the appearance of your kitchen or living room. The infrastructure of your property also needs to consider where power will be sourced in a room. That is where we can help with all your needs in upgrading your electrical wiring or implementing a new circuit installation for you. When you are completing a new remodel, contact us to inspect for any electrical work that may be needed to ensure your newly renovated room is up to standards with your breaker panels, lighting outlets, and more. 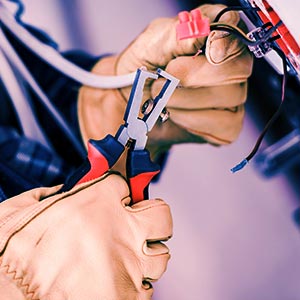 With new rooms or more outdoor spaces to consider on a property, it may be prudent to add more circuits and outlets to various locations. Energy Star Electric LLC can safely add a new circuit installation into your walls and source it properly so that it can efficiently draw power to a new location. There's no need to link long extension cords to each outlet when you can properly have a outlet addition handled by professionals. Add TV outlets and more to make your property more accessible to electricity. 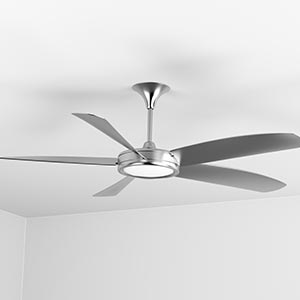 When you need assistance with installation your ceiling fans, contact Energy Star Electric LLC at (317) 701-1453 or (317) 701-1429 for efficient work. We'll send out a residential electrician to inspect the location where you want the ceiling fixture installed and safely install it with your design and safety in mind. We pride ourselves on safety inspection and quality standards so that you don't have to worry. Our expertise in installations range beyond ceiling fan installation services as well. From smoke alarms to bathroom fans, and more, we are equipped to handle everything you need. 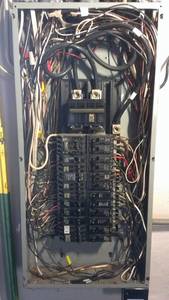 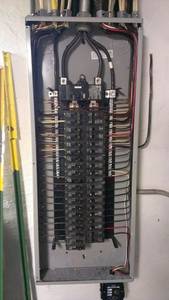 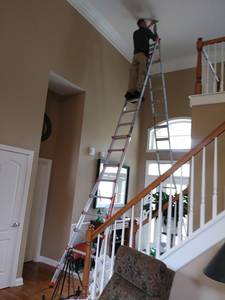 At Energy Star Electric LLC, we have over 20 years of experience in the electrical industry under our belts. Our expertise ranges in everything from electrical repairs and emergencies to new circuit and lighting installations. We pride ourselves on being able to take on a wide range of electrical remodel projects with the same high standard of quality for each individual case. Whether you want a new ceiling fan installation or inspections handled for your power grid, we are committed to excellence. Our electrician team is dedicated to being there on time and handling your electrical needs with efficiency so that you can continue with your day to day with no hiccups in your system. When you need assistance in the Greenfield, IN area, contact (317) 701-1453 for professional assistance you can rely on. We look forward to building a strong, long-term relationship with you and guarantee your satisfaction, no matter the project!

Energy Star is dependable and stands behind their work. I highly recommend them!

We've used Energy Star Electric a couple of times recently and couldn't be more pleased with their work! The guys are super nice and professional. We highly recommend!

I am so very happy I called Energy Star! Jason and Jim were awesome, on time, courteous, and really know what they are doing. I had lots of issues and they fixed them all at a most reasonable price.. I couldn't be happier with their service! Darla McQueen

Review by Carole J. in Indianapolis, IN
Project: Install Electrical Switches, Outlets, and Fixtures
I'm on a limited fixed income and don't have a lot of money to spend. Jason contacted me quickly and I told him I was needing to have my doorbell fixed and asked if they did this. there sure did! So we arranged for them come look at what was needed. Jason called and became available sooner than we first talked about and I was available as well.He and the owner, Jim, came by to check on things and explained the simplicity of what was involved. They were able to replace the inside ringer which was totally dead and replace the outside doorbell with the same kind that I had originally that lights up at night. Great Job! And at a VERY reasonable price. They were very nice and professional and had the work done within 45 minutes and was out the door. I would recommend them to anyone and will tell my neighbors about them as well!

Review by Jim S. in Indianapolis, IN
Project: Upgrade an Electrical Panel or Wiring
Jim was very professional and helpful in addressing the home inspection report and fixing all of the issues found. We would definitely recommend Energy Star Electric to friends who need an electrician. He went the extra mile with us, and was very reasonably priced.

Review by Caroline H. in Indianapolis, IN
Project: Install a Bath Exhaust Fan
I could not have had a better experience with Energy Star Electric! They paid extremely close attention to detail, were quick to schedule and respond, and fixed my problem right on the spot! Amazing guys! Will hire them for any and all work I have moving forward!

Review by Matthew L. in Indianapolis, IN
Project: Install Electrical Switches, Outlets, and Fixtures
they did a magnificent job id give them a 6 star if possible

Review by Nadia B. in Indianapolis, IN
Project: Install Electrical Switches, Outlets, and Fixtures
They show up on time for the project. Finish the job in a reasonable time. I did not have to help with nothing. Definitely would hiring them again.

Review by Sheldon P. in Indianapolis, IN
Project: Install a Ceiling Fan
They were very good. They arrived on time and were done quickly. They even cleaned up when done and wore shoe protectors while working in the home. They were a little pricey but worth it I plan to rehire them for another project !

Dialog will close after 10 sec.

Thank you for submitting your contact request! We will reach back out to you within 24 hours of receiving your request.

Select language to translate this page: